How pandemics have shaped the modern household

Disease has been a part of our history and still impacts us today as we live through the first pandemic since the 1918 Influenza outbreak.

It’s evident that pandemics and infectious diseases alike have altered our lives and the spaces that we inhabit. In fact, the modern house we dwell in today has been influenced by infectious diseases of the past. In response to the bubonic plague cities made public spaces more available. Due to yellow fever and cholera outbreaks, indoor plumbing has become an essential part of the home and as a result of the tuberculosis outbreak the open-air sanitarium design inspired the modernist and minimalist designs we see today.

Jumping back 1850, during the Industrial Revolution and around the time of the cholera outbreak in London, it was typical for raw sewage to flow out of buildings and into the city streets (an unthinkable thought for today’s time!). It wasn’t until the outbreak that a physician proved contaminated drinking water caused the deaths. Thus, the sanitary reform movement began and has created the infrastructure for today’s drinking water and sewage system.

The influenza pandemic of 1918 rocked the world as Covid-19 has for 2020. It is estimated that about 500 million people of the world’s population became infected and an estimated 50 million deaths worldwide; 675,000 occurring in the U.S. Its effects on households can still be seen today.

Here are a few examples of how the modern home has been shifted by the pandemic:

Beds -Getting rid of wooden bed frames may be one of the simpler changes but when it came to cleanliness it meant a world of difference. The shift to brass and iron frames became more favorable because it was an easier surface to clean and sturdy enough to hold up to harsher cleaning agents.

Bathtubs – The old victorian bathrooms that were once lavishly furnished with drapes, carpet and wooden fixtures (all which were ripe for holding disease-carrying microorganisms) were replaced with porcelain, tile and linoleum. In the 20’s clawfoot tubs were common and trendy but were very difficult and timely to keep clean. Instead, we started to see built-in tubs with sealed edges, high tiled walls, and porcelain finishes to limit the amount of dirt and to make surfaces easy to clean.

Toilets – As with the bathtub, it took the pandemic to finally rid of all things wooden in the bathroom including the toilet – the old-style wooden water tank placed high on the bathroom wall. Wood can easily carry and hold bacteria so it was a natural progression for the bathroom and, most importantly, the toilet to transform to the two-piece porcelain tank-and-bowl design we still commonly use today.

Sinks –  These sinks become popular because of the turned-down porcelain edge and the ease it provided when it came to cleaning it. The new sinks weren’t attached to the wall like previous models which enabled someone to clean the tile walls as well as the rear of the sink. It also allowed more functionally for the top of the sink to keep things separate and sanitary.

This hygiene revolution even sparked separate rooms of the house like the stand alone powder room or the half bathroom which became popular during the influenza outbreak. Their purpose was for guest use only so that they wouldn’t have to use the family bathroom and to keep germs from spreading. Typically, only the wealthy household could afford these luxuries.

As we started to become more educated about public health, we started to see certain designs directly affect our daily lives including our household as our desires and forms of what cleanliness meant were changing. The Victorian era valued purity and cleanliness and these glossy white tiles were the embodiment of just that. Subway tiles were originally meant for – you guessed it – the New York subway because the designers, George C. Heins and Christopher Grant LaFarge, wanted the underground experience to be pleasant. The white tiles offered white reflective surfaces amongst the typically dim underground and easy to clean surfaces for maintenance workers.

We started to see these designs enter into homes, peaking in the 20’s and 30’s, because they were both functional and beautiful. The typical wallpaper you would see in the bathrooms were switched for the subway tiles that have now become a ubiquitous part of our bathrooms as well as kitchens and laundry rooms.

The kitchen is one of the rooms in our home reeling with germs. Much like the bathroom it adopted the same sanitary queues. Between the 1920s and 1930s there was a surge of sanatorium designs (the modernist design as we call it today) due to the belief of some architects that clean, sanitary spaces were helpful in treating illnesses. It all started with the tuberculosis outbreak as patients were given access to sunlight and fresh air as doctors were trying to find ways to isolate yet create a more favorable way to treat and improve their condition enough to function in society. It was these designs that directly influenced the elements of the kitchen we see today. Large windows, beaming sunlight (which was believed to kill germs) and easy-to-clean flat surfaces, and white paint which created an airy, minimalist and cleanliness feel.

During the Covid-19 pandemic, we are all spending a lot more time in our homes and the way we are using our homes are changing. Therefore, our expectations for them will change whether that’s lifestyle desires or health and cleaning concerns. Taking cues from past pandemics and diseases that have infiltrated our homes, we can anticipate design impacts and we’ll have to watch to see how our homes will change as we continue to evolve.

NextIncrease The Value Of Your Orange County Home – Remodel Your Bathroom Now!Next

Should you Add a Hidden Refridgerator to Your Kitchen Design Plans?

Welcome existing and potential clients of AC&R Construction, Plumbing, & Electrical, LA’s #1 Kitchen and Bathroom Remodeler. As you know, AC&R is a 5-star rated 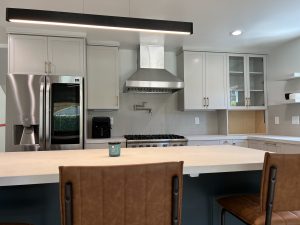 How to Choose the Right Contractor

A beautiful calm dream versus a nightmare might be determined by who you choose as your general contractor for the job. A Contractor is defined 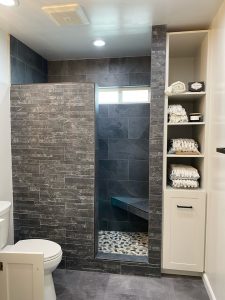 Everything You Need to Know About Los Angeles Doorless Showers

Your Ten Top Tips to Make Sure Your Property is Ready to Sell Grab a couple of lightbulbs. Now’s the perfect opportunity to efficiently highlight your living 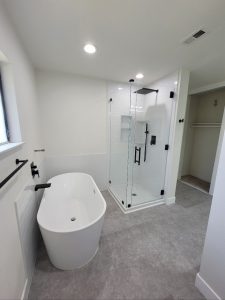 Five Telltale Signs It’s Time to Remodel Your Bathroom Your Los Angeles, CA bathroom will need care and upkeep. If you are one of the 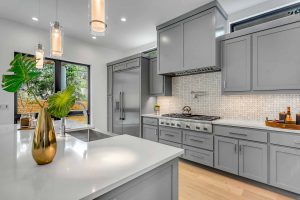 Avoid these 6 DIY Home Repair Mistakes when Selling Your House

Article provided by Redfin at 6 DIY Home Repair Mistakes to Avoid Before Selling Your House For a number of factors, from budget to perceived 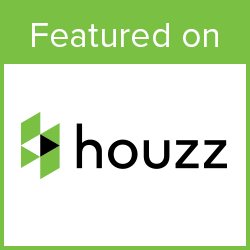